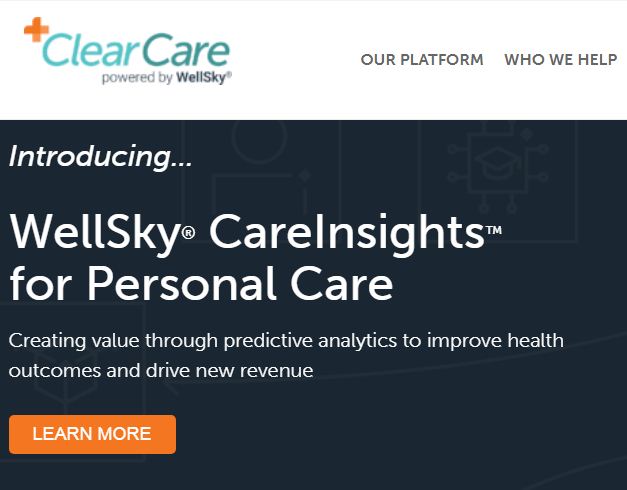 ClearCare helps agencies operate efficiently and grow but is working on helping solve these huge problems at all levels. We see a future where home care is the only choice for aging in place. We are working towards a model where payment for these services is seen as preventative versus after an acute care condition. And, caregivers play such an important role, too. By equipping caregivers with the right training and tools, they can dramatically lower the overall cost of care, reduce hospital admissions, and bend the cost curve of aging. These are big goals but we're making progress on these each day and thank our agency partners for enabling us to drive this mission forward.

Home Care agencies got into the business to help their communities. Often after a personal situation with their own family member, they quit their corporate job and went from the c-suite to running a startup. It was hard starting the business from scratch but their intense connection to why they got into the business kept them going. Soon, after helping dozens of families with their sudden needs and helping caregivers find meaningful work, they are hooked -- this job becomes a calling, a passion, a new identity in their community.

What home care agencies may not realize is they are solving one of the biggest healthcare and economic challenges of our time -- who will take care of our aging population and how will they pay for it? Home Care agencies play a critical role in our economy and in their communities solving this problem.

After on-boarding with the software it became evident that they were unable to produce the reports. Asked to be let out of the contract, since it was signed under false pretenses, but they refused. After speaking with an executive, was informed that they would release us from the contract. However they continue to bill us each month!!

I personally have never found a better customer support team in any industry. When we call for assistance, no matter what rep is assigned to the call, they are always experts and find a solution quickly. I cant say enough about their phone support. Always friendly and fast to the solution.

Later received notice at site that engineers were working on issue. Our clients and caregivers are dependent on software to know schedule, and there is no backup plan during the holidays! Incredible!