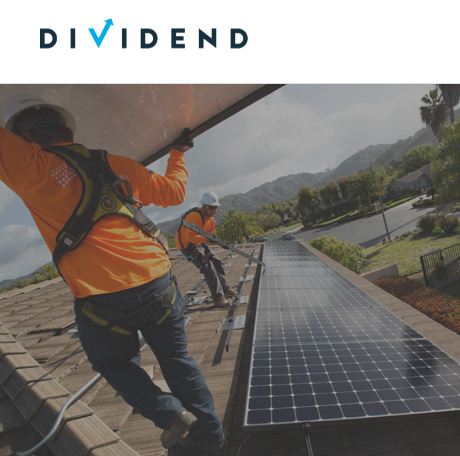 Dividend is a leading national provider of renewable energy and energy-efficient financing solutions to property owners. We give our customers the opportunity to obtain clean energy financing through a comprehensive suite of financing options. Our flagship product, the EmpowerLoan, continues to expand its product offerings into the storage and home-energy space.

They cares about themselves I've had a little problem with them I have reached out I've begged for help and nobody has been able to help once you been with them 17 months they pretty much just think you're a bank to take money.

We got solar a few months ago not expecting to sell our house. We have not been able to sell our home because Dividen Finance has declined two of our buyers wanting to take the solar over.

I was told problems were resolved and they weren't. I had no choice in working with this company because we assumed a loan. We will get out of this loan as soon as possible in order to have decent customer service. The WORST customer service.

Within a year my roof began to leak. I contacted them. They attempted to repair the leaking area, and in the process the roofer discovered that each and every solar flashing had been incorrectly installed. No sealant had been used around legs, a nail gun had been used to find studs, and the job was poorly and dangerously done.