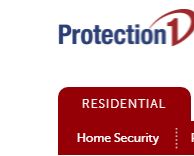 Protection 1’s home monitoring services help ensure that you and your family have a watchful eye and a fast response unit on your side. When your security system alarm is set off, the signal is routed to a Protection 1 monitoring center. From there, a trained Protection 1 employee will attempt to call you to notify you of the disturbance in case it is a false alarm.

We have earned an A+ Better Business Bureau rating and a 97% customer satisfaction score because we take care of customers with same-day service and NO automated telephone systems. When you call customer service, a real person answers!

At Protection 1, we also like to help make sure that you are getting the biggest bang for your buck. We try to provide you with savings long after you sign up. This includes:

We take monitoring seriously and employ triple redundancy monitoring for home alarm systems. If a monitoring center goes down because of severe weather, our other systems automatically take over to continue your protection. Our capabilities are so respected, over 4,000 independent security companies contract to use our monitoring services.

They are very knowledgeable on the products installed and are patient when explaining how the system works. The service personnel are very courteous and on time.

They are very knowledgeable on the products installed and are patient when explaining how the system works. The service personnel are very courteous and on time.

I was having my windows and doors replaced by storm windows. They said "Don't cancel we will just suspend account until you are ready." They suspended for a few months and then stared billing again. I called several times to cancel. On my fourth call they said I had to send them something stating I wanted to cancel. I did and I think they stopped billing but now say I owe them $300. Daily calls texts to harass. Customer service useless. Hours of my time spent trying to clear up.

They never told me i could not get out of the new service. This company is a total rip-off. They told me I could get a better rate but they did not tell me i was locked into another two year contract. If I could cancel your service I would because i hardly ever if never even use the alarm service anymore.